A paid partnership with G-Star RAW.

In this world of Netflix-binges that are interrupted by the occasional need to eat, sleep, work and see your friends, it’s easy to forget the healing power of a good old fashioned chat. The gift of the gab is something we recently rediscovered when four of Sydney’s coolest creative ladies came by our office to talk about the importance of inclusion, making things with friends and keeping it raw — which they define as being honest, vulnerable, minimal and unapologetic.

Kitted out in the freshest G-Star RAW threads, Pitch Zine founder Christie Morgan, co-creator and Editor in Chief at The Ladies Network, Arabella Peterson, dancer and founder of Groove Therapy, Vanessa Marian, and blogger Yan Yan Chan chatted through their creative process; from when they feel most uninhibited to how they get in the zone, the girls gave us so many words to live by. They also riffed on the wise words of Pharrell Williams, legendary musician and Head of Imagination at G-Star RAW, who said “Raw is not a noun. Raw is a verb”, encouraging us to look at what lies beneath the things we choose to wear, do and be. So grab a cuppa and tuck into their convo, we promise you’ll learn a thing or two. 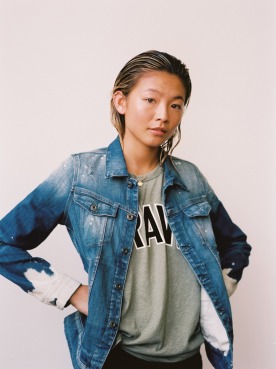 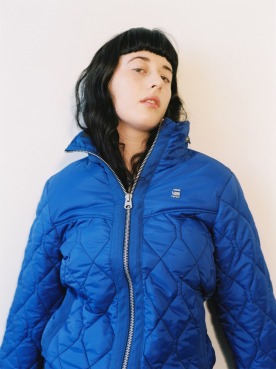 ON THE CREATIVE INDUSTRY IN AUSTRALIA

Christie Morgan: I think it’s been really good. I’m new to Sydney, and I felt like when I got here, it was very open. Everyone forms friendships through the creative community but it was still really inviting and people were really open to collaborating and things like that.

Arabella Peterson: I think it’s really exciting being in the creative industry at the moment because I feel like the scene in Australia is still kind of up-and-coming and growing. So I feel like it’s a good time to be involved. But I do feel, on the other hand, that there’s still tall poppy syndrome in the creative industries, especially in Australia. I feel like sometimes people aren’t so supportive of what other people are doing, and maybe there’s still a bit of competitiveness there. But it’s getting better as it grows.
Vanessa: There’s sort of two aspects to me, because the dance industry is a whole world on its own and then there’s the creative industry as a whole. And I feel like myself, along with maybe one or two other dancers, almost have a monopoly within the creative industry because the dancers just stick to themselves. And, because there isn’t much of a career, the dancers are really young; most of them drop off by 21, 22. So it’s really collaborative for me because I don’t really have competition per se when I enter the creative industry. But at the same time, I almost wish people didn’t stick to their own lanes so much and there was a bit more multidisciplinary work.

Yan Yan: I haven’t really had any bad experiences, everyone’s been really supportive, but it’s been really interesting seeing the bloggers-sphere and then working with print and publishing. I’ve found, I don’t know if it’s because the print world is being pushed to be more open with working with the digital scene, that there has been a more positive response from that. But I think because it also is such a small community compared to other countries, I think everyone is quite open and quite supportive of each other, especially when it comes to collaborating.

Check out the full article on Oyster Magazine.